Bad Builders are the scourge of the industry but what can you do to avoid them and protect your valuable asset from shoddy and dangerous practice?

Recently, a builder has been reprimanded and had his registration suspended for four months after he demanded payment for the frame stage before the work was completed, and also failed to complete the domestic building work in the agreed timeframe.

Domestic builder Peter Hall, of Bella Haven Homes Pty Ltd, was hired to build a house and garage in Craigieburn for a total cost of $267,000. After commencing the work, he sent the homeowners an invoice for the frame stage, which they paid. However, the frame stage was not completed and approved until five months after the payment was made. Work on the project then stalled when a number of defects were identified, and the owners weren’t able to move into their new home until almost six months after the completion date agreed in the contract.

After the homeowners made a complaint about Mr Hall and the building work, the VBA inspected the home and conducted an investigation. The VBA then referred the matter to the Building Practitioners Board for an inquiry into Mr Hall’s conduct.

Mr Andrew Renn has had his builder’s registration cancelled and received a $10,000 fine for non-compliant building work.

Four allegations were found proven against Mr. Andrew Renn in relation to the construction of a timber deck, pergola, carport and associated landscaping at a property in Hawthorn. He submitted a quote for $120,000 that was agreed to by the homeowners. Once the quote was accepted, Mr. Renn requested a 50 percent deposit to begin works. Legally, he was only permitted to request a five percent deposit.

Bad builders can cost time money and heartache. A thorough check of builders’ credentials is an investment that can pay off compared to hasty decisions. Contact the building design experts that you can truly trust. 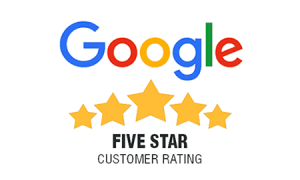